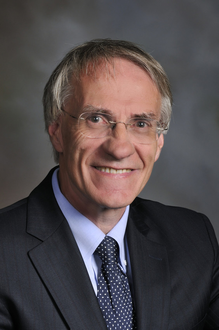 There is no doubt that the agriculture industry is being more closely watched by people outside the industry. Agricultural headlines now appear more often in the mainstream media and are accessible through sources such as CNBC, Bloomberg and traditional media outlets. I had a personal experience engaging with the public at our creamery’s 10th annual farm day.

The annual farm day held by our creamery is always a fun event. I was responsible for the real cow-milking station at the event. This year, over 9,000 people visited one of our dairies on a hot fall day. Throughout the six hours of the open house, there were consistently 30 to 60 people patiently waiting in line to milk Janet the Jersey or Annie the Ayrshire. After a long day, both the cows and the people were exhausted.

During the event, one urban visitor made an interesting comment. He indicated that the dairy industry will bounce back now that the U.S. has closed a trade deal with Canada and Mexico, as he heard on the news. I first stated that the agreement with Canada amounts to only an estimated $70 million in net additional benefit over the Trans-Pacific Partnership agreement for the dairy industry. U.S. dairy farmers produce over 200 billion pounds of milk annually, which is more milk in 33 days than Canada produces in one year. Yes, every little bit helps, but given the volume of milk in the U.S., $70 million is not a major game changer. I also stated that the tariffs and the counter-tariffs on the dairy industry, particularly steel tariffs with Mexico, are allowing Europe to gain market share. Once lost, this market share may be difficult to gain back. This well-educated urbanite was very surprised how the headlines had distorted his view.

During my engagement with visitors, I found that they did not understand much about dairy cows and the industry. For example, they did not realize that a dairy cow would consume up to 60 gallons of water and 50 pounds of feed per day. Now, they have a better understanding of why an investment in land, machinery and equipment of over $10,000 per cow is often needed.

Although the day was tiring, it was rewarding to observe families from as far away as Miami, Florida, milking a real cow for the first time. I even helped a grandma check off an item on her bucket list to milk a cow. I was surprised by the number of people who had not milked a cow, but had milked a goat. This was not something that I observed 10 years ago.

One young man indicated that he wanted to get his children out to experience the farm and get them away from the screens of their mobile devices for a whole day. Wow, now that is an accomplishment!

Our team of over 70 people did their part bringing the farm to the public. To those in the agriculture industry, interaction with the public can be fulfilling and rewarding. It is important for agricultural producers to tell the story of agriculture to ensure the public has a positive and accurate perception of the industry.

Dr. Kohl is Professor Emeritus of Agricultural Finance and Small Business Management and Entrepreneurship in the Department of Agricultural and Applied Economics at Virginia Polytechnic Institute and State University. Dr. Kohl has traveled over 8 million miles throughout his professional career and has conducted more than 6,000 workshops and seminars for agricultural groups such as bankers, Farm Credit, FSA, and regulators, as well as producer and agribusiness groups. He has published four books and over 1,300 articles on financial and business-related topics in journals, extension, and other popular publications.
﻿
Previous
Drivers of Profitability on Your Farm
Next
Financing Recreational Land
Back to Blog
X